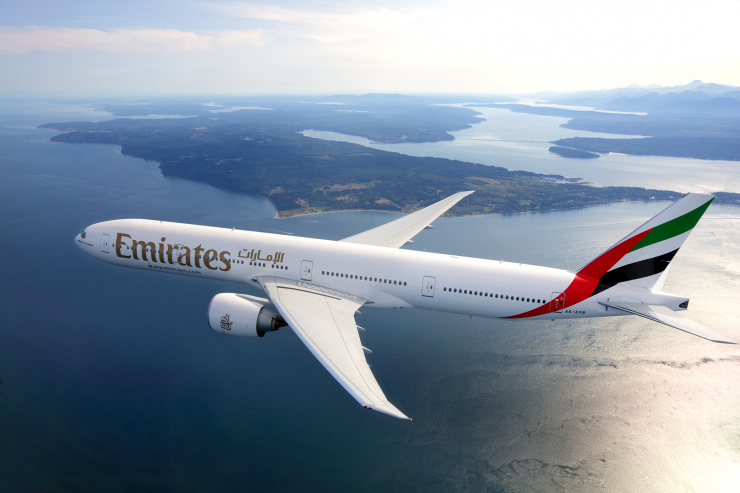 Emirates announced on Monday that it would resume limited passenger flights to seven more destinations and in addition to existing repatriation flights the airline is already operating to London Heathrow and Frankfurt. Previous services launched on April 6 to Brussels, Paris and Zurich have already been halted.

The seven new destinations are Jakarta, Manila, Taipei, Chicago, Tunis, Algiers and Kabul. They are all will be served by Emirates’ fleet of Boeing 777-300 aircraft. The airline’s 116-strong fleet of Airbus A380 superjumbos remains grounded, with many parked up at Dubai World Central airport (DWC).

With the launch of additional services, Emirates has taken the decision to move back into its dedicated home in Terminal 3 at Dubai International Airport (DXB). After a near two week shutdown, Emirates resumed services from Terminal 2, alongside flydubai which under normal circumstances is the only airline to use the small outlying terminal.

Many shops and restaurants will, however, remain closed and Emirates lounges will not be accessible. A chauffeur drive service for First and Business Class passengers will also still be off-limits and online check-in remains unavailable.

As with its first post-suspension passenger flights, Emirates won’t accept carry-on items aside from small bags and baby items. The UAE’s health authorities recently advised everyone to wear face masks when in public and this will apply onboard flights as well – customers will be expected to bring their own as these will not be provided onboard.

Etihad Airways said on Sunday that it would operate several special services to Brussels, Dublin, London Heathrow, Tokyo Narita and Zurich over the next week. The repatriation flights are in addition to previously announced services to Amsterdam, Jakarta, Singapore, Seoul, Manila and Melbourne.

The Abu Dhabi-based airline does not currently have any flights planned after the 22nd April. The last flight currently scheduled is to Dublin, Ireland. As well as repatriating tourists and citizens stranded in the UAE, Etihad says the flights will support the country’s Food Security Programme.

Officials from the General Civil Aviation Authority recently had to remind Emirates and Etihad that a ban on passenger flights remained largely intact. The two airlines were allowed to restart very limited operations to repatriate stranded citizens on outbound flights only the GCAA explained.