AirAsia Jobs Won’t Be Cut Due To Current Aviation Climate 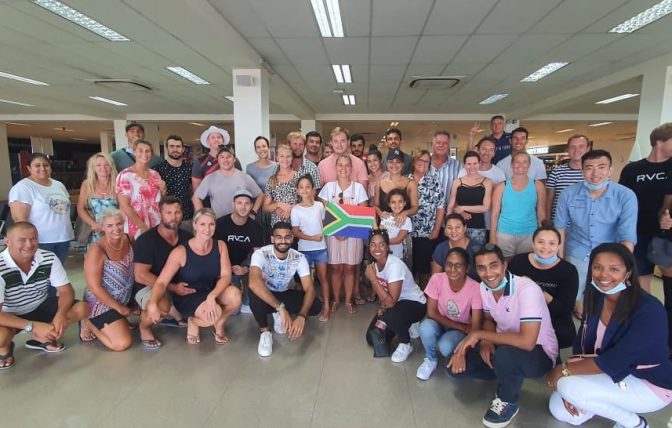 The national airline, Maldivian has operated a special charter flight to repatriate the South Africans and Mauritians stranded in Maldives due to the ongoing COVID-19 pandemic.

The Honorary Consul of South Africa to the Maldives Mohamed Ali Manik revealed that 40 South Africans and 11 Mauritians were heading back home on this special charter flight by Maldivian. They were grounded in Maldives because of the flight cancellations due to the travel bans put in place as a result of the COVID-19 crisis. Most of them included tourists while few were with different work visas.

Local authorities organised discounted rates for anyone left stranded. But “everyone was really happy…and eager to get home,” Manik said.

The flight would first travel to Port Louis, Mauritius and then onto Johannesburg, South Africa.

Airports are shut in many parts of the world, including in South Africa and officials said special arrangements were made to operate this flight which departed on 11th April.

Minister of Tourism Ali Waheed last week revealed that there were nearly 1,000 tourists marooned across 27 resorts in Maldives due to the COVID-19 pandemic.

Almost all tourist resorts have now shut in the Maldives due to the travel ban implemented by the government to mitigate the spread of the virus. The staff at remaining resorts must quarantine for 14 days from the date the last guest checks out.

The Maldives has reported 19 coronavirus cases, with 15 either tourists or expatriate hotel workers.

The government announced that the nation health emergency has been extended till the end of April.