China Southern Is Flying The Only Commercial A380 Service Now 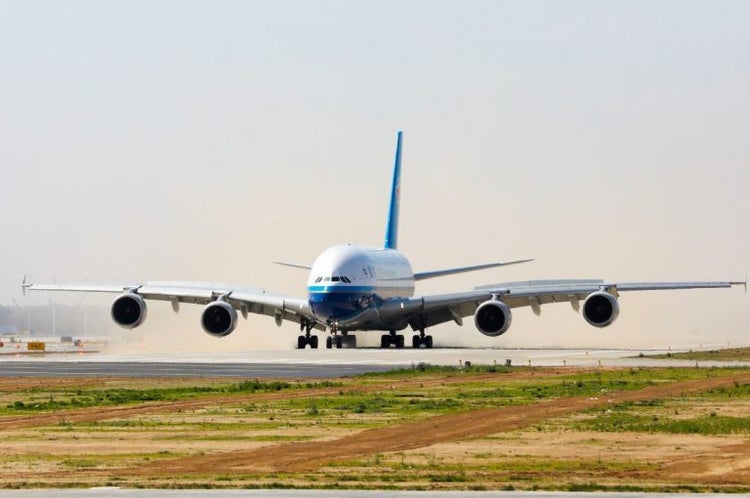 March and April we saw numerous Airbus A380 operators announce that they were storing or even retiring their superjumbo jets amid significant drops in passenger demand. Surprisingly, one airline is still operating the A380. That airline is Chinese carrier, China Southern.

Where you’ll find the A380 flying

Being one of the three major Chinese carriers (Air China and China Eastern are the two others), China Southern has numerous major hubs to serve the most populous country in the world. However, when it comes to flying on the A380, it is currently based at Guangzhou’s international airport.

Despite the fact that the A380 is still technically flying, it’s not flying all that frequently. In fact, the lone A380 service operating is Guangzhou to Sydney once per week. At the time of writing this article, the aircraft is en route to Sydney.

This service takes the flight numbers CZ325 and CZ326 and is a roughly 9-10 hour journey between the two major cities. The weekly A380 service is currently departing Saturday evenings from Guangzhou and arriving in Sydney on Sunday morning. The return journey will see the A380 depart Sunday morning for an evening arrival back in Guangzhou.

Where the A380 isn’t flying

Sadly, nearly every other A380 operator in the world has their jets on the ground. Whether it’s ANA, British Airways, Qatar Airways, or the others, numerous A380s remain parked. In fact, we recently had news that British Airways was flying the entirety of its A380 fleet to the French airport of Chateauroux for long term storage. So far, six A380s are there – but the remainder will head to the French aircraft graveyard soon as well. Hopefully this isn’t a permanent move.

In much sadder news, the six Airbus A380s belonging to German carrier Lufthansa have been withdrawn from service permanently. The jets were already earmarked to leave the Lufthansa fleet, due to be sold back to Airbus in 2022. As Lufthansa has a fleet of 14 Airbus A380s, only eight now remain. These will hopefully return to the skies once this crisis is over.