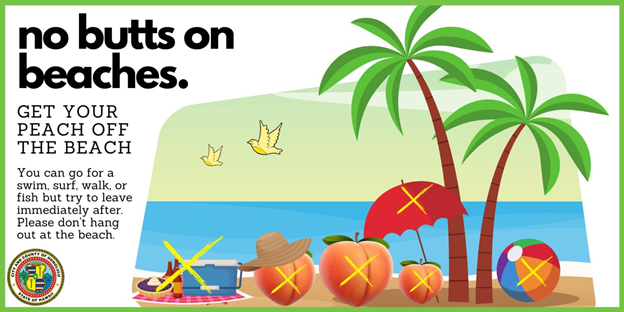 Visitors’ attractions include drones flying over Waikiki Beach, Lanikai Beach, and Sandy Beach, and a light festival at Honolulu Hale, the official seat of government of the City & County, site of the chambers of the Mayor of Honolulu and the Honolulu City Council.

Hawaii Governor David Ige has been unable to effectively close the State of Hawaii for visitors.

The danger to catch the coronavirus from arriving visitors and residents is not under control despite quarantine orders and lockdowns. Such orders simply cannot be enforced with the resources available in Hawaii.

Governor Ige is so worried about being confronted with questions in this regard that only half of a handful of journalists in the state are allowed to ask questions – eTurboNews is not one of them.

Honolulu Mayor Caldwell tried to team up with the other 3 mayors in Maui, Kauai, and Hawaii island to push Governor Ige and restrict flights to the state for leisure travelers.

The Governor said federal authorities would not entertain a request to limit passenger travel. He added, airlines are not allowed to discriminate passengers from boarding a flight and ask for the purpose of why someone goes on a trip. However, the Puerto Rico Governor did make such a request to protect his U.S. territory in the Caribbean.

President Trump so far supported every initiative in the United States to close state borders.

Airlines don’t want to discriminate against visitors wanting to go on an exclusive vacation to the Aloha State, because flights are almost empty and rates are at its lowest. This mix makes Hawaii very attractive as a travel destination. The word is out that quarantine restrictions are not aggressively enforced by city and state authorities.

When asked why Hawaii is not following the example of Arkansas and Germany to make it illegal for hotels to take reservations from leisure travelers, the Governor was concerned tourists would walk around with no place to go. Ever since the virus emerged, the state has been one step behind in protecting residents from the spread of the virus. Hawaii has made the same mistake as many other states have made and are still making.

The difference between Hawaii and U.S. mainland states is the clear advantage an island group has to isolate. Isolation is essential, and it works to stop the spread of the virus, but it has to be implemented in a timely manner and not after it has already become a problem. With 464 cases and 8 dead, and a population of 1.2 million, there may still be a small window of opportunity to flatten the curve in Hawaii.

Requiring tourists to stay in state-approved and secure housing would be the alternative, but there was no response by the Governor to issue such an order.

The Visitor Aloha Society of Hawaii used its newly formed COVID-19 flight assistance program to send back a visitor from Denver Thursday.

The program, which is funded with a grant from the Hawaii Tourism Authority, aims to ensure that travelers to Hawaii don’t stay here unless they have the resources to follow a mandatory 14-day self-quarantine. Visitors to Hawaii are required to bear all quarantine expenses, including lodging and food delivery.

Yesterday, 663 people arrived in Hawaii including 107 visitors and 171 residents.

Today, visitors on Oahu have a new tourist attraction. It was just opened in time for the Easter holiday weekend.

The attraction is provided by the Honolulu Fire Department. Tourists will get a photo opportunity to watch and listen to drones provided by HFD. These drones are meant to relate to spectators. Mayor Caldwell, however, issued a stay-at-home order at beaches around Oahu according to a press release issued by his office.

Teams will be stationed in 3 separate locations around the island on Waikiki Beach, Lanikai Beach, and Sandy Beach. It was announced that tourists wanting to watch these drones should come out between 10 am and 2 pm to join the fun at the beach.

The drones will be playing the following audio message:

“Aloha, the stay-at-home order is in effect. Please do not gather or sit on the beach. Water activities are permitted but please leave immediately after.”

Mayor Caldwell wanted wide publicity and invited news crews to film the role of the drone team in Waikīkī.

The Mayor added, drones will not be equipped with any video recording equipment and will be used solely for public address purposes. In other words, there is no enforcement of the rule.

Drones are being put in place for publicity and may very well attract tourists and locals to come out to the beach to observe despite the stay-at-home order not to gather at the beach.

In a followup call, a spokesperson from the mayor’s office told eTurboNews: “Honolulu Police Department Officers will be standing by to enforce rules if the instruction given by drones are not followed by beachgoers.

Ever since the state has been set on a remote work mode,  none of the city, state, and federal legislators can receive phone calls. The Hawaii Tourism Authority which is in charge of monitoring tourists cannot be reached. Most voicemail boxes are full. Emails are not being responded to. It appears call forwarding is not a feature official phone lines subscribe to. Automatic call distribution systems available for less than $100 a month were not budgeted, making it impossible for legislators and some essential services to function in Hawaii.

Mayor Kirk Caldwell has ordered Honolulu Hale to be lit in the red, white, and blue colors of the flag of Hawaii through April 30. This is a statement of solidarity by the residents of Oahu who are staying at home and working at home during this pandemic to make sure that those on the front line of fighting this virus, medical personnel, and Honolulu’s first responders are protected and supported through the strict social distancing actions of our residents.

“Through April 30, Honolulu Hale will be lit in the colors of the flag of Hawai‘i, to honor our medical personnel and Honolulu’s first responders who are putting their health and safety at risk to protect all of us,” said Mayor Caldwell. “This also serves as a reminder to all of us that by staying at home, wearing a mask in public settings, and keeping our social distance, we are doing our part to help reduce the number of deaths in Honolulu. Our hearts and thoughts of support go out to the families and loved ones of those whose lives were tragically cut short by this terrible virus,” Mayor Caldwell emphasized.