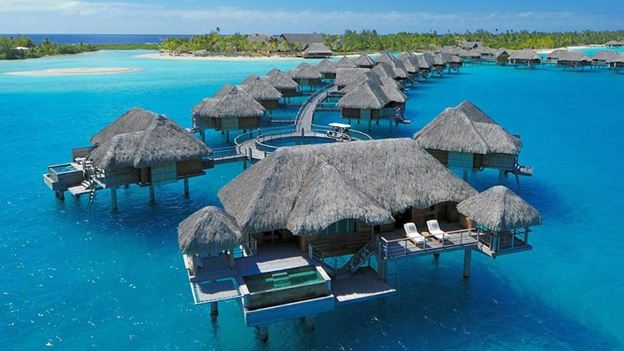 Humans are one of the greatest creations of God. They have been living close to nature since their creation. They have a special love for nature and have always been trying to discover nature. In this try, they have discovered many wonderful places across the world. There are many worth visiting places in the world. Some of these places are a miracle of God on the Earth and some are manmade. It is the desire of every man to see these places in their life. The following are the places that almost every man wants to see in their life.

It is one of the most amazing places in the world in Greece. It is actually an island of Cyclades. It is said to be devastated in the 16th century and since then it is rebuilding and its beauties are increasing with every passing day. The most ideal period of the year to go to this miracle is from April to September. There are a lot of islands in this city and sunbathing around any of these would be an unforgettable experience. There is a natural pool which attracts tourists from the world.

Another very amazing place to visit in the world is the Capilano suspension bridge. This bridge is located in Vancouver city of British Columbia, a province of Canada. Its beauty casts a spell on visitors from all over the world. It is almost 140 meters long and about 70 meters above the river. It gives the visitors to visit the Capilano Suspension Bridge Park which is very beautiful and amazing.

Another beautiful place to visit in the world is the ancient city of Rome in Italy. It is also called the center of Western civilization. This city was discovered in 753 BC. The Colosseum which is the world’s most iconic monument is also in Rome. There is no one who wishes to return from Rome without seeing this monument. Moreover, The Pantheon and Piazza Navona are also worth visiting places in Rome.

Another very fascinating and beautiful place in the world is the Taj Mahal in the city of Agra in India. It is also called the monument of love. It was built by Mughal Emperor Shah Jehan in the love of his wife Mumtaz Mahal in 1932. It is located at the South bank of Yamuna River. Its ivory white color attracts the tourists from a distance. It is one of the miracles of the Mughalia art of building.

One of the most beautiful and worth seeing lakes in the lake Saif-ul-Malook in the Northern areas of Pakistan. It is located in the north of the Kaghan Valley near the town of Naran. It is at the height of 10,578 feet above the sea level and its water is drained into the Kunhar river. It is the lake which is located near Malika Parbat, the highest peak in the valley.

Another very enchanting place that every man would like to visit before death is the city of Sydney. It is the most populous city in New South Wales in Australia. Its Harbor bridge is the most famous tourist’s place in the world. Every year, the celebrations of the new year take place at this bridge where millions of people gather from the world to welcome the new year.

Another beautiful place visited by many people every year is the city of Barcelona. The city is a good mixture of modern as well as ancient Roman civilization. It is also famous due to the Olympic games that take place in it. It is much like a big village with streets for pedestrians. It is worth seeing a place and enjoyable walking.

Another beautiful and fascinating place to visit in a lifetime is the Turkish city of Istanbul. This city joins Asia and Europe. It is a very good blend of Asian and European civilizations. It is also an old city with the old name of Constantinople. It is the cultural, economical, historical center of Turkey. It is also famous across the world for its mosques.

It is one of the most beautiful waterfalls in the world due to its height and width. It is located in South Africa near the border of Zambia and Zimbabwe. It is also considered one of the seven natural wonders in the world.

Another among the Seven Wonders of the World and beautiful place to see is the Great Wall of China. It was built of different material and the purpose was to protect China from invasions of Europe. It is about 21196 meters long and there comes many worth seeing sights while traveling along with it.

In conclusion, we can easily say that the world is full of miracles and all the miracles are worth watching. But, it is almost impossible for a common man to reach and see these beauties.