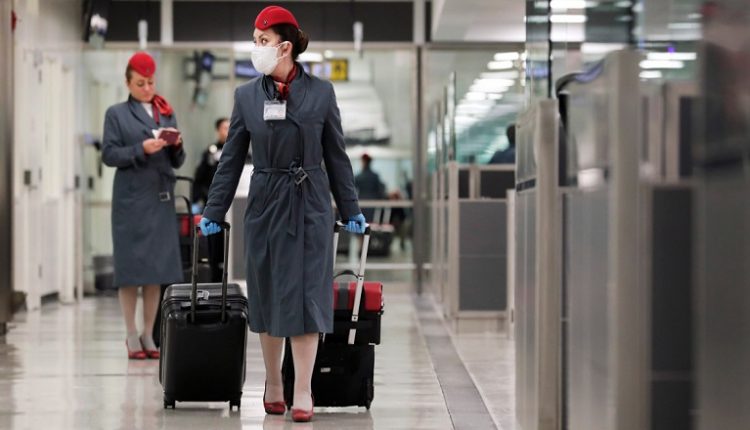 Thousands of jobs within the country’s aviation industry are at risk as the coronavirus pandemic has crippled almost all airline operators.

Local airlines have not openly announced any layoff plans, but many of their workers feel it is only a matter of time before cuts start being made. Airline companies have cut down on the number of flights they operate and introduced cost-cutting measures to cope with the impact of COVID-19 on business.

A cabin crew member who works for AirAsia Indonesia said that she lost part of her monthly income after the airline decided to temporarily suspend its flights beginning April 1.

“The immediate impact is that our income will be cut off due to the flight suspension. Some of the cabin crew even applied for a deferral of their loan repayment due to the decline in their income,” the crew member, who requested anonymity, told The Jakarta Post on Tuesday.

“The cabin crew hopes that they will still receive their basic salary to support their lives as they navigate through this difficult time,” she said.

Meanwhile, a Garuda Indonesia cabin crew member, Lia (not her real name), said the pandemic made her and her colleagues worried about losing income. She also said many employees were worrying about job security.

“Although there are no layoffs [for permanent employees], contract workers are quite worried about their working contracts not being extended,” she said.

Zaenal Muttaqin, the head of the Garuda Indonesia Cabin Crew Union (IKAGI), acknowledged that a reduction of flight frequency had resulted in less income for cabin crews.

“Flight cuts will automatically decrease our flight hours and our extra income, which is based on flight hours. With many flights canceled, the remaining flights operating must be divided among 3,500 cabin crew members of Garuda. This has caused a decline the flight hours of each crew,” said Zaenal.

“Our friends in the field also feel insecure about their health as they are at high risk [of getting the disease], even though they are equipped with masks and gloves. We are worried, and we hope the way we do our job when serving passengers can be simplified and minimize direct contact.”

Zaenal said the company had introduced a policy that effectively prevented those aged 50 years or more from working, as they were low on the priority list for cabin crew shifts for reasons of health safety. Furthermore, he said contract workers were worried about whether Garuda would even consider extending their contracts once the coronavirus is controlled.

Garuda reported it cut its flight frequency by around 40 percent. Garuda president director Irfan Setiaputra said that, as of Friday, there were no plans to lay off employees.

“As of now, there is no layoff plan, but there are many things that must be looked at,” he said.

Although Garuda’s employees face no imminent layoffs, many employees of its subsidiaries have lost their jobs. PT Aerofood Indonesia, which operates an airline catering business, laid off 359 outsourcing employees after its business was hit hard by a drop in domestic flight frequency, tempo.co reported.

Lion Air has reduced or suspended flights to several destinations in China, Malaysia and Papua. The airline’s spokesperson, Danang Mandala Prihantoro, refused to comment when asked about the impact of the flight cuts on Lion Air employees.

Denon of INACA said the crisis would worsen and could lead to more job terminations if there were no government incentives or assistance.

“If COVID-19 cannot be contained immediately, business will worsen and some airlines could be forced to stop operating,” Denon said in an official statement.

Denon said the industry needed help in the form of fiscal incentives, such as the postponement of corporate income tax payments and exemption of spare part import duties, as well as stimulus from the government through discounts on several fees, to keep the industry alive.

The International Air Transport Association (IATA) projected the impact of COVID-19 on the travel business would be severe. In its latest analysis published last week, the IATA projected full-year demand for passenger air travel to fall 38 percent globally. It also stated that full-year passenger revenues would drop an estimated $252 billion, 44 percent below 2019 figures.

Previous articleBritish Airways will say goodbye to 36,000 staff
Next articleDelta extends re-booking policy through to May 2022