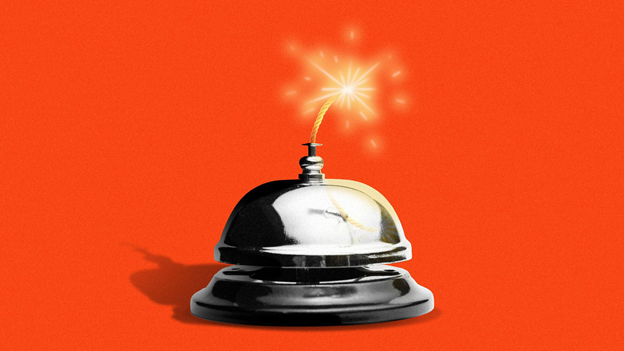 Hotel industry lobbying groups have fired a warning shot, exhorting lawmakers to provide them with financing to avoid a series of debt defaults they say could set off a widespread financial crisis.

Why it matters: Without the bailout — which would be in addition to government funds from the $2 trillion CARES Act — the industry says its members could be the first in a wave of debt defaults that would hit everyone from real estate investors and pension funds to average homeowners.

What’s happening: In a letter to the U.S. Treasury, the Fed and the SEC, the American Hotel and Lodging Association (AHLA) and Asian American Hotel Owners Association requested government assistance to avoid defaulting on at least $86 billion in loans over the next several months, the Business Journals’ Craig Douglas reports (subscription).

Details: The loans coming due are held in the collateralized mortgage-backed securities (CMBS) market, which is similar to the residential MBS market that crashed, setting off a wave of defaults, foreclosures, and bankruptcies in 2008.

What they’re saying: Moody’s Investors Service cut its outlook for corporate debt to negative on Monday, saying “the coronavirus outbreak continues to halt normal business activity worldwide, with no clear turning point yet.”

The big picture: The corporate debt market is in a very precarious position as a result of years of high issuance and desert-thirsty investors hunting for yield.