Nanjing set to get a new Radisson Blu property in 2024 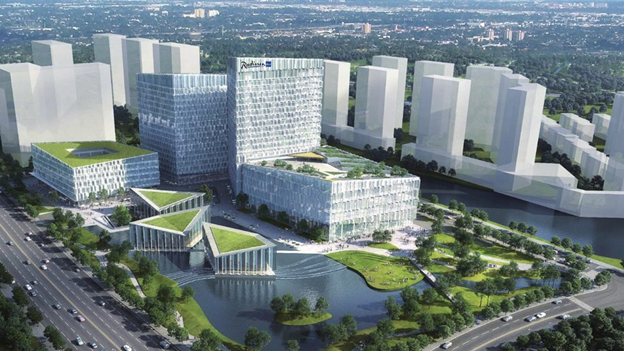 The new hotel, slated to open in 2024, will be located in Nanjing South New Town which is a rapidly emerging commercial area that will become the city’s new central business district, according to the hotel group.

The hotel group said the new property will also provide easy access to Nanjing Lukou International Airport, which, also located in the south of the city, offers connections to a number of major cities including Bangkok, Frankfurt, Hong Kong, Singapore and Tokyo.

The new property will “take centre stage” in the heart of this planned district and form part of a large complex, which will also feature a high-end shopping mall and an office tower, according to the hotel group.

The hotel will feature 300 rooms and suites, an indoor swimming pool, a fitness centre, a lobby lounge and three restaurants.

As for event space, it will provide two exhibition areas covering over 3,200 sqm, a large ballroom and seven other meeting and function spaces.

The hotel group said this will make the new hotel “one of the most prominent conference venues in the city”, and added that this property is being developed by Nanjing South New Town Exhibition Centre Development.

“With its world-class accommodation, facilities and conference space, Radisson Blu Hotel Nanjing South New Town will be a central landmark in this exciting new district. We look forward to seeing this spectacular project come to life,” she added.

Radisson Blu now has over 397 hotels and resorts globally in operation and under development. These properties can be found in cities such as Amsterdam, Chicago, Paris, Sydney, Shanghai and Zurich.