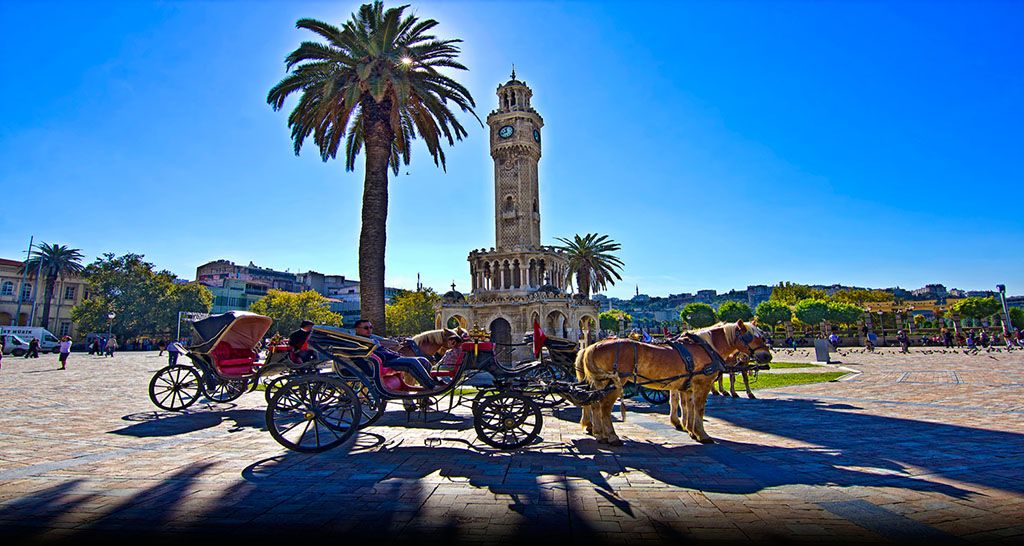 According to a special report by Aegean Touristic Enterprises and Accommodation Union (ETİK), the total number of tourists visiting Izmir accounted for 1,975,187 in 2019. While the number of foreign visitors increased by 20 percent (1,224,634), the number of citizen visitors (750,553) increased by 13 percent.

In January-December 2019, Izmir tourism increased in markets other than Austria, Denmark, Sweden, Moldova, Lithuania, Finland, and Georgia. The ten countries that sent the most tourists to Izmir were Germany, the UK, the Netherlands, Iran, France, Belgium, Poland, Greece, Russia, and Ukraine.

The Medium of Transport (January – December)

Federation of Turkish Hoteliers (TUROFED) Vice President and President of ETIK; Mr. Mehmet İşler said, “Izmir tourism, which shrank in 2016 and 2017, recovered in 2018 and grew by 17 percent in 2019 compared to the previous year, continues to advance on its growth path. By welcoming a total of 1 million 975 thousand 187 visitors Izmir tourism set a new record,”.

Stating that the number of visitors coming to İzmir is approaching 2 million without cruise tourists, İşler added, “With the election of Mr. Tunç Soyer as the mayor of İzmir Metropolitan Municipality, there is a vigorous activity. Mobility has taken the place of inertia in Izmir tourism. If it continues in this way, breaking new records in the number of tourist arrivals won’t be a surprise.”