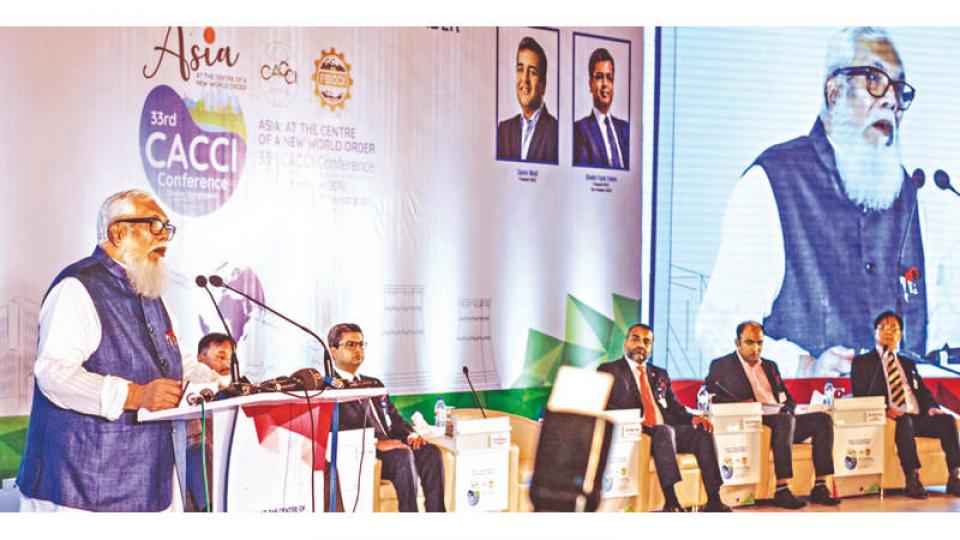 Bangladesh has potential in hospitality management as the economy has been growing alongside tourism and hospitality services, Rahman told a discussion on discovering business opportunities through Cacci at the Sonargaon hotel in Dhaka.

The discussion was a part of the two-day 33rd Cacci conference organised in association with the Federation of Bangladesh Chambers of Commerce and Industry (FBCCI).

Bangladesh has a lot of manpower and training in hospitality management can enable them to serve both inside the country and outside, he said.

“I will urge the Cacci businessmen to take full investment potential of Bangladesh,” Rahman said as a panel discussant.

Brian O’Gallagher, deputy chief executive officer of Australia’s Chamber of Commerce Northern Territory, said they were interested in training Bangladesh’s manpower in hospitality management and already some of his country’s companies were engaged with young people.

Giving the inaugural speech, FBCCI President Sheikh Fazle Fahim said Bangladesh’s economy was stable and its macro-economic growth was in an upward trajectory.

The FBCCI has been addressing some critical issues of the transitional economy including technology and knowledge transfer from the third industrial revolution to the fourth, artificial intelligence, regulatory planning, sustainable development goals, industry-academia gap assessment and reskilling.

While Asia is at the forefront of the global economy today, it confronts some fundamental challenges that may require a shift in the region’s growth model, he said.

Preserving international and regional collaboration also remains an important overarching objective for strong economic integration of the region, he added.

The conference has over 300 business delegates including representatives of leading national commerce chambers, business leaders and policymakers from 27 Asia Pacific countries.

It also has eminent speakers ranging from leading economists and business practitioners to regional policymakers to assess key challenges and issues.