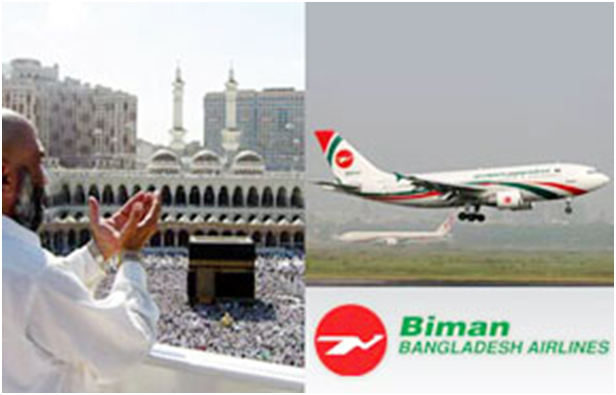 Biman Bangladesh has made Madina the second destination in Saudi Arabia after Jeddah to have direct flight operation from Dhaka.

For three days a week (Monday, Wednesday and Saturday), Biman will operate flights on Dhaka-Madina-Dhaka route and once a week (Tuesday) for Chattagram-Madina-Chattagram route.

Newly bought Boeing 787-8 Dreamliner with a capacity of 271 seats (24 Business and 247 Economic class) was deployed by Biman to operate the flights on Madina segment.

The numbers of pilgrims to perform Umrah are increasing every year thus the government has taken the decision to launch direct air connectivity to Madina as the second destination to Saudi Arabia, said The State Minister.

He also said that the new route will benefit the expatriate work forces who are residing in Saudi Arabia.

Ali stated that the Madina route is an example of Biman’s ongoing effort of expanding its international destination route.

Reopening flights to Sri Lanka’s Colombo and Male in the Maldives, launching flight to Guangzhou and increasing existing routes’ flight frequencies are being considered by the national flag carrier.

Biman provides services to 16 other international and 7 domestic destinations with 16 aircrafts in addition to today’s new route. Biman’s fleets include four of Boeing 787-8, four of Boeing 777-300ER, five of Boeing 737-800 and three of Dash-8 Q400.