Every traveller dreams of takingTrain journeys around the world 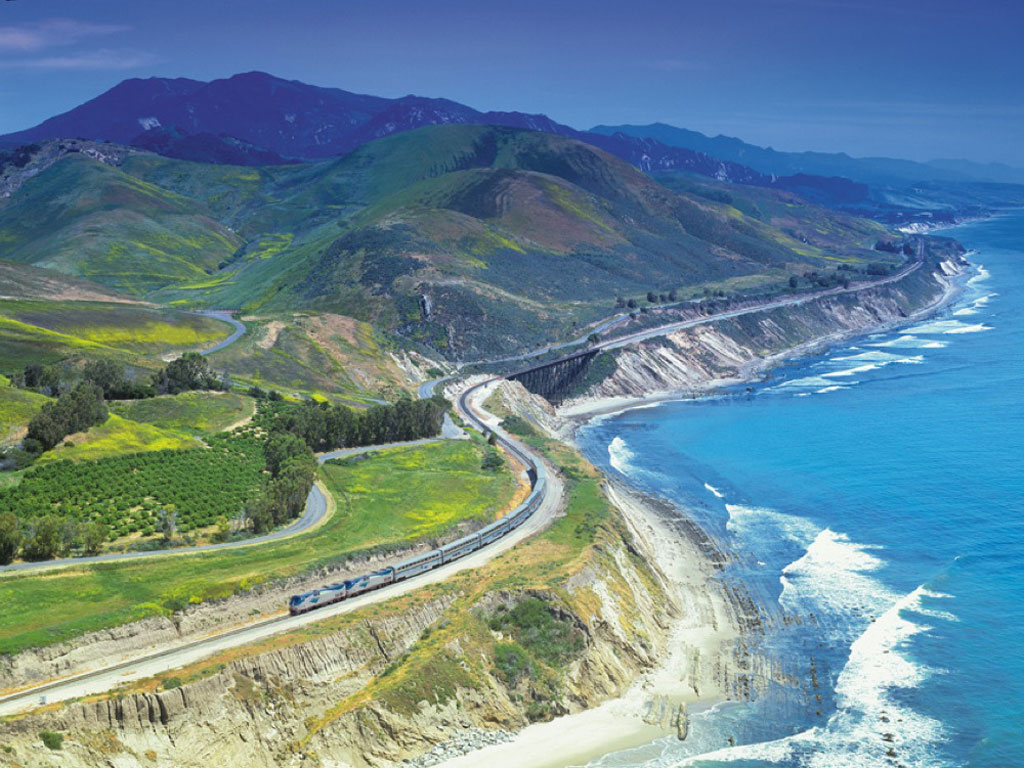 I remember I always wanted to sit by the window and kept waiting for those pastoral sceneries to come up. View of those lush green rice fields, buffaloes bathing in a pond and a farmer busy tending to his farm made me fall in love with nature. In fact, it is the same nostalgia that still awakens the excitement in me when I grab a window seat in a train even to this day. Although, these train journeys have made travellers out of many Indian kids, there are so many other train journeys around the world that are so beautiful and are worth travelling all the way to a foreign land. Here’s the list of the most beautiful train journeys around the world. Pick the one you like and embark on a journey that you think can awaken your childhood memories of a train journey.

Credit: Getty Images
One of the best ways to soak in endless views of the Canadian Rockies in Canada’s Alberta and British Columbia is a train ride on the Royal Canadian Pacific. Keeping you immersed in luxury, this train journey will take you through a route wherein all you would see are the mountains of the region. Topping the views is the kind of luxury the train offers. First things first, the train allows only 30 passengers on board, thus, making the experience even more exclusive and perfect for the selected travellers. Travellers get to stay in private staterooms that are well equipped with all sorts of luxuries including a bed, washroom, washbasin and other things. Talking about food, this train is famous for its fine dining car where sumptuous meals are served by two senior chefs.

Credit: Getty Images
Launched in May 2017, The Belmond Andean Explorer lives up to its name as it ensures that every traveller gets to explore the raw beauty of the bare Peruvian landscape like never before. It is South America’s first sleeper train and it travels on an amazing route which starts from Cusco and takes passengers all the way through the highest plains of the Andes mountains, and then to Puno which is famous for the ancient floating islands on Lake Titicaca. The train finally ends it journey at Arequipa. The train has room for only 48 passengers, who are accommodated in a total of four categories of cabins, each of which is no less than a luxury bedroom. The other luxury facilities of the train include two dining carriages offering Andean cuisine, a piano war to relax in, and a car with spa facilities.

Photo courtesy: Maharaja Express India
When the discussion is about the finest train journeys in the world, Indian Railways can never be far behind. After all, it is one of the oldest railway networks in the world with years of history backing it. And the Maharaja Express is a train which is a perfect expression of Indian heritage, both of the nation’s culture and also that of the Indian Railway network. Designed especially for travellers who would like to explore the best of the country through its railway network, this luxury train takes a traveller to cities like Mumbai, Jaipur and even to the depths of Ranthambore National Park and Taj Mahal. The train has a total of 23 coaches that include four categories of accommodations—five Deluxe Cabin carriages, six Junior Suites, two Suites and one Presidential Suite, which has a carriage of its own. While each carriage comes with a personal butler to take care of all your needs, other luxuries offered in the train include two fine dining restaurants, a bar and a shopping boutique among other things.

Photo courtesy: Golden eagle
This is a train journey which ensures that a traveller is able to explore the best-kept travel secrets of Iran. This train takes you to places where you can soak in the charms of both Iran’s picturesque landscapes and also walk through the country’s most remarkable heritage sites. Starting from the desert city Yazd, a centre of the ancient Zoroastrian faith, and ending at Isfahan, which boasts some of the most impressive Islamic architecture in the world, the journey is truly amazing. The train is home to 12 Silver and 21 Gold cabins that offer the best of luxuries to travellers along with exceptionally large windows so that one can enjoy the stunning views to the fullest. Taking care of the travellers’ dining needs are the Iranian cuisine meals prepared by the Executive Chef and his team on board.

Photo courtesy: The Ghan expedition
A journey on The Ghan has for long been regarded as one of the legendary train journeys in the world. Having an unique route to boast of, this journey ensures that the travellers get to experience a scenery which changes from the Outback of Katherine to metropolitan city Adelaide as the Ghan powers along the wide-open tracks of central Australia. The train is also home to three kinds of cabin categories, namely Platinum, Gold and Red, each offering its exclusive advantages to the travellers on board. Catering to the dining needs is a restaurant which offers both Australian delicacies and dishes from the world cuisine. For the travellers to relax in with a drink and a view is the beautiful vintage bar of the train with its large windows and comfortable seating arrangements.