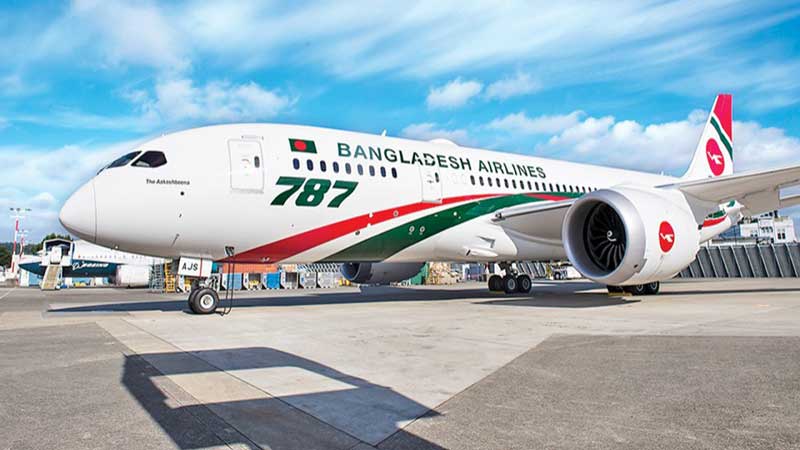 Flight to New York will start after more than a decade from December, Prime Minister Sheikh Hasina pledged again to expatriates in US during her recent visit.

It is mentionable that due to some lackings in Biman’s operational capabilities, the Federal Aviation Authority (FAA) cancelled Biman’s slot in 2006, and because of some unscrupulous ruling syndication during the then BNP government’s tenure the New York airport slot was also sold out.

During the last 13 years, Bangladesh tried its best to overcome the situation, but in vain.

Again, in last February, the Civil Aviation Authority Bangladesh (CAAB) invited representatives of FAA to conduct further audit at Hazrat Shahjalal International Airport, but till today, the FAA did not respond.

However, it is known that Prime Minister Sheikh Hasina personally initiated to help resolve the apache. To facilitate the country’s expatriates living in the United States (US), the government is going to introduce direct Dhaka to New York flight by December this year. To this regard, the authority concerned is continuing communication with the US authority.

During the Prime Minister’s visit to the US for attending the United Nations General Assembly (UNGA), Prime Minister Sheikh Hasina told this to the country’s expatriates there at a press briefing.

The Prime Minister said, “As we have bought 10 new aircrafts, I hope all your long cherished demand is going to be fulfilled soon. We have fruitful discussions with the US government, soon good news will be there”.

CAAB officials are also hopeful about the progress in resuming flights on this route.

CAAB member (flight safety and regulation) Ziaul Kabir Chowdhury told media, “The aviation safety standard of the country is updated after certain interval. It is a continuous process; just one more step left. We will be able to operate flights to New York from this December.”

The country’s aviation industry is still standing at the Category-2 position based on the FAA ratings. However, at present, as the Biman Bangladesh Airlines have purchased new aircrafts and developed its security system, the authority concerned is very much hopeful in upgrading the category.

According to Biman’s information, keeping in mind the growing demand of the customers both in domestic and international routes, the national flag carrier has adopted plans to expand its business by next three years.

The report adds that Biman now operates six flights to Abu Dhabi every week, which will be increased to seven by 2020 and eight by 2021. Flights from Dhaka to Kolkata will rise to 17 from 14, Bangkok flight frequency will increase to 10 flights, Dammam flight operation will be five from existing three, Jeddah and Kathamndu nine from seven, Kuala Lumpur 14 from seven, Kuwait four from three, Muscat 10 from six, Riyadh seven from six and Singapore 11 from seven flights by 2021.

On the other hand, the national flag carrier has also planned to start flight operations to certain routes that were shut down and open new international routes by 2021.