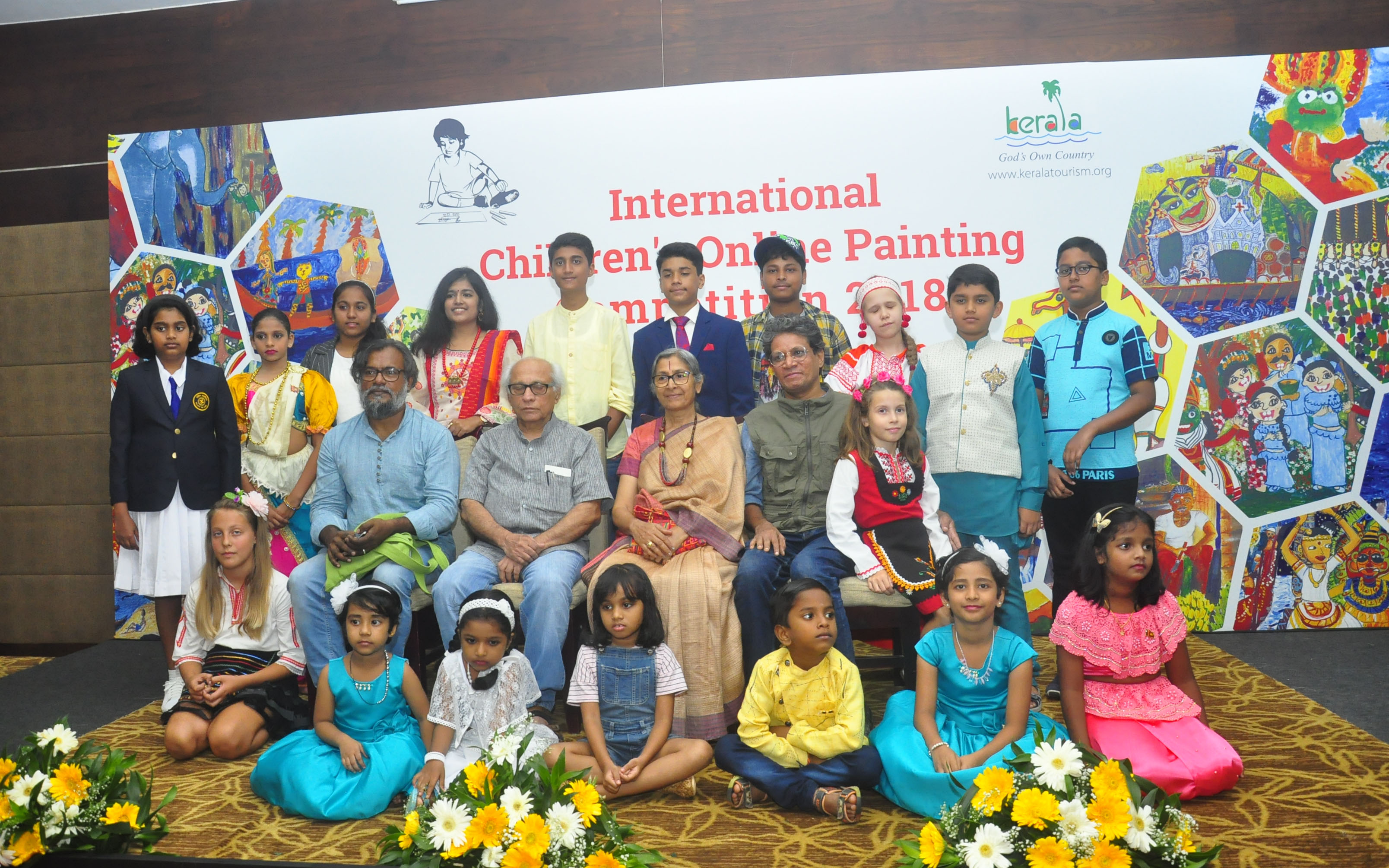 Kerala Tourism is embarking on a brand building mission to make the state one of the most sought-after global destinations, said Hon. Minister for Tourism, Co-operation and Devaswom Kadakampally Surendran on Monday.

Speaking after distributing prizes to the winners of the Second Clint Memorial International Children’s Online Painting Competition, the Minister said though Kerala has firmly positioned itself on world tourism map, there are still potential markets to be tapped.

“One of the biggest challenges Kerala is facing in tourism sector is that it has to compete globally. We mostly try to attract visitors, who would have gone to Sri Lanka, the Maldives, Malaysia or Indonesia, for various tourism activities,” Surendran said.

The painting competition was conducted in memory of prodigious child artist Edmund Clint. Clint (1976-83) was a Kochiite who drew more than 25,000 pictures in 2,522 days of his life before a prolonged illness cut short his life.

“Historically, many foreign tourists tend to go back after visiting the Golden Triangle comprising Agra, Jaipur and Delhi. There are also visitors who look for destinations like Goa, or choose to make trips to the Himalayan region. This shows that despite its inherent strength like nature, culture and cuisine, Kerala is able to lure tourists only by projecting the land as a premium brand,” Surendran added.

There were 110 winners in the competition, and among them 15 were eligible for attractive tour packages with family. Ten of the 15 were from foreign countries.

The first prize went to Parth Joshi, 12, of Vadodara in Gujarat. Nafisa Tabassum Authay 14, of Bangladesh won the second prize and Aaradhya P.G, a six-year-old Malayali girl, fetched the third prize. She figured among 40 prize winners from the host state who received a cash award of Rs 10,000 each.

The first three prize-winners got certificates and mementos. Twenty other winners, too, received mementoes. The artists whose works were shortlisted got special prizes, while all the participants were given certificates.

As many as five million homes were reached through a sustained six-month long campaign in 23 languages in 136 countries.

Those who encouraged children to take part in the competition in a big way won awards as ‘promoters’. They total ten—five from India and the rest abroad. These promoters, too, were eligible for Kerala Tourism’s five-night package tour in the state.

The winners were taken for a tour across Kerala. Earlier in the day, the children got a first-hand experience about the artform ‘Kathakali’ and its nuances at Vyloppilly Samskrithi Bhavan in the capital city on Monday.