Security affairs must not be compromised 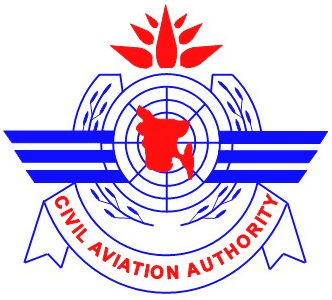 ACCORDING to newspaper reports, the Civil Aviation Authority of Bangladesh has turned down a parliamentary body’s request for relaxed security checks for MPs and former ministers at the country’s airports. The Parliamentary Standing Committee on Civil Aviation and Tourism at a meeting on April 7 recommended “relaxed security checks” and separate queues for them.  The CAAB said Bangladesh is a member of International Civil Aviation Organisation and it is mandatory for the country to take security measures at all airports as per the ICAO rules.  CAAB said there was no scope for exempting anyone from screening at airports. NCASP only exempts the President, the Prime Minister, their families and the UN Secretary General. The NCASP was formed because of ICAO’s requirements.

CAAB said it has sought the PMO’s consent to include in the NCASP exemption list about family members of Father of the Nation Bangabandhu Sheikh Mujibur Rahman, the Chief Justice, the Speaker and any person declared by the Cabinet Division or the foreign ministry.  It said airport security personnel often feel embarrassed due to a lack of specific government instruction on the screening of VIPs. CAAB officials said the committee’s request was denied after getting the directive from government high-ups.   Bangladesh could get into trouble with the ICAO if it deviated from ICAO guidelines regarding security, the newspaper also reported.

On February 24, an alleged hijack attempt on flight BG 147 in Chattogram was foiled luckily.  Not only that at least four passengers went up to the boarding gates at Hazrat Shahjalal International Airport with their legal firearms and bullets. Nowadays, it becomes a common phenomenon that ruling party’s even upazila or village level leaders don’t hesitate to enter airport with their legal arms-ammunition defying the law. We fear, if the MPs or former ministers get relaxed of physical checking at airports it could be misinterpreted by the criminals.

Moreover, there shouldn’t be any VIP culture whenever it’s a matter of airport security. As most of the MPs are not elected through genuine vote, there may be lack of responsibility among them regarding security affairs.   What’s true is that, general people don’t treat the unelected MPs as VIPs. We must say, everybody should go under the scanner.