Country’s first aviation varsity to be set up in Lalmonirhat 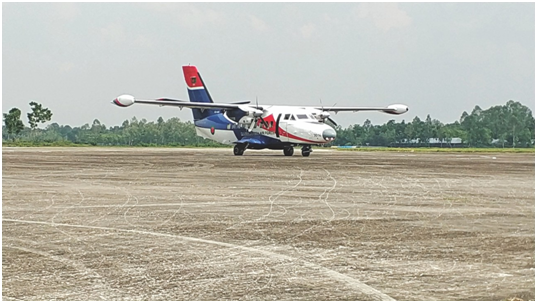 Bangabandhu Sheikh Mujibur Rahman Aviation and Aerospace University (BSMRAAU), first of its kind in the country, will be established at Lalmonirhat Airport, abandoned during the Second World War.

At the same time, an aircraft maintenance and repairing organisation (MRO) was set up on the campus, informed sources concerned.

The initiative of setting up of the higher educational institution has been taken up to promote and upgrade the aeronautical and aerospace studies in the country.

Meanwhile, Social Welfare Minister Nuruzzaman Ahmed, on recently visited Lalmonirhat Airport to set up the university and attended a meeting there.

Talking to journalists, the minister informed that the main campus of the proposed university will be set up in Lalmonirhat while its branch at Ashkona in the capital.

“In view of making Lalmonirhat Airport operational, three flights a week can be operated from the airport by December next. Bangladesh Airforce has been assigned the responsibilities in this regard,” Nuruzzaman said.

On May 6, actiivities of the varsity began officially through  appointing its VC, Pro-VC, Registrar, Tresurers and some other high officials.

The minister said academic activities are likely to start from January, 2020 at the university’s undergraduate (honors) and postgraduate level courses. The government has plan to set up seven faculties, 37 departments and four institutes at the initial stage, he added.