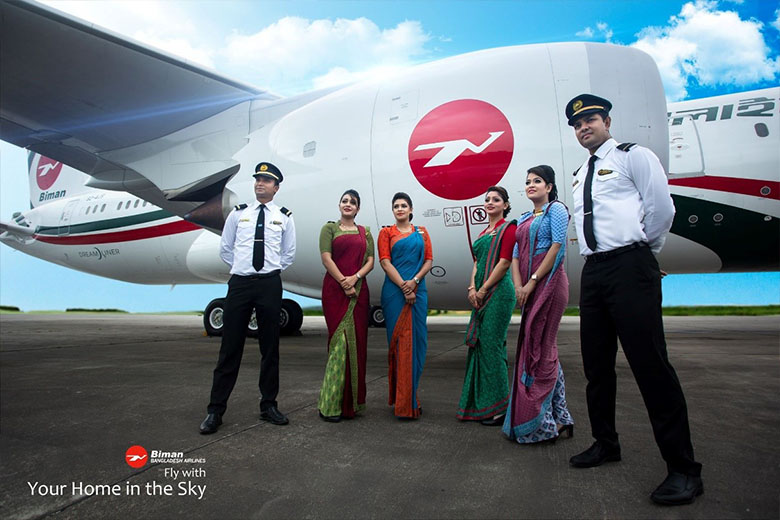 The Biman Bangladesh Airlines is going to resume direct flights from Dhaka to Tokyo from December this year. Biman suspended its Dhaka-Tokyo route in 2006, deeming it not commercially viable. Now, given the increased business ties and tourist movement between the two countries, Biman has decided to resume it, Biman officials said. “Biman now has 15 aircraft, including three brand new Boeing 787 Dreamliners. It is capable of operating direct flights on this route. Also, movement of tourists between the two countries has increased significantly,” Tasmin Akter, the public relations manager of Biman Bangladesh Airlines, told. The issue was also discussed during a bilateral meeting between Bangladesh Foreign Minister Dr AK Abdul Momen and his Japanese counterpart Taro Kono at the state guesthouse Meghna recently. “Minister Kono appreciated the decision to operate direct flights on the Dhaka-Tokyo route. Both ministers were happy and appreciated the decision,” said Japanese Foreign Ministry’s Deputy Press Secretary Jun Saito at Tuesday’s press briefing in Hotel Sonargaon.

The decision comes at a time when the two countries have seen a rapid increase in bilateral trade, which is expected to go up when Japan opens up its labour market to Bangladeshi workers in the future. Jun said Japan and Bangladesh were expected to sign a memorandum of understanding next month on providing skills training to the Bangladeshis so they can be recruited in Japan. Minister Kono expects skilled Bangladeshi workers to go to Japan and contribute to the bilateral relation and Japanese economy, he said.

Presently, there are more than 270 Japanese companies operating in Bangladesh, which is 50 percent higher than five years ago. Bangladesh’s export earnings from Japan have seen an 11.73 percent rise to $1.13 billion in FY18, according to data of the Export Promotion Bureau. “As Bangladesh’s economy is growing, we encourage Japanese companies to invest here, especially small and medium industries,” he said. Jun Saito, quoting Minister Taro Kono, said further improvement of the business environment in Bangladesh would draw more Japanese investments.

During Prime Minister Sheikh Hasina’s visit to Japan in late May this year, the two countries signed a $2.5 billion deal as official development assistance to fund several infrastructural projects in Bangladesh.Bangladesh and Japan also share common grounds in regional and global issues. Jun said Japan and Bangladesh share the same view that a free and open Indo-Pacific will contribute to the sustainable development of Bangladesh.“We want to promote freedom of navigation, rule of law, free economy and specific cooperation on maritime security,” Jun Saito said. Bangladesh has already expressed its support for Japan’s aspirations to become a permanent member of the UN Security Council and shares its views on reforms in the United Nations to strike a better balance.“We are also preparing on celebrating the 50th anniversary of diplomatic relations between Bangladesh and Japan,” Jun said, highlighting the strong relations between the two nations.